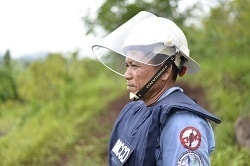 In collaboration with a Cambodian governmental organization, Cambodia Mine Action Center (CMAC), IMCCD's local staff are conducting mine clearance.  Since July 2011, our mine/UXO clearance activity is located in Kamrieng, Phnom Proek, and Sampov Lun districts in Battambang province and Pailin Province.

With the aid of our supporters' donations, we have been drilling wells in Battambang province.  We also improved main roads in Tasaen village, Kamrieng province.  Every road used to be extremely muddy during the rainy season so people could not walk easily, but now it is possible to walk, ride a bike/motorbike, and drive.

We attracted four paper processing companies in Shikoku-chuo city, Ehime to Tasaen, Kamrieng province.  They built a factory and hired about 260 local staff (as of January 2018).  About 90% of them are women and they are manually processing paper producing such as stationery, calligraphy (i.e. "shodo") paper, wrapping paper for decorative Japanese cord and Kimono.
See companies attracted 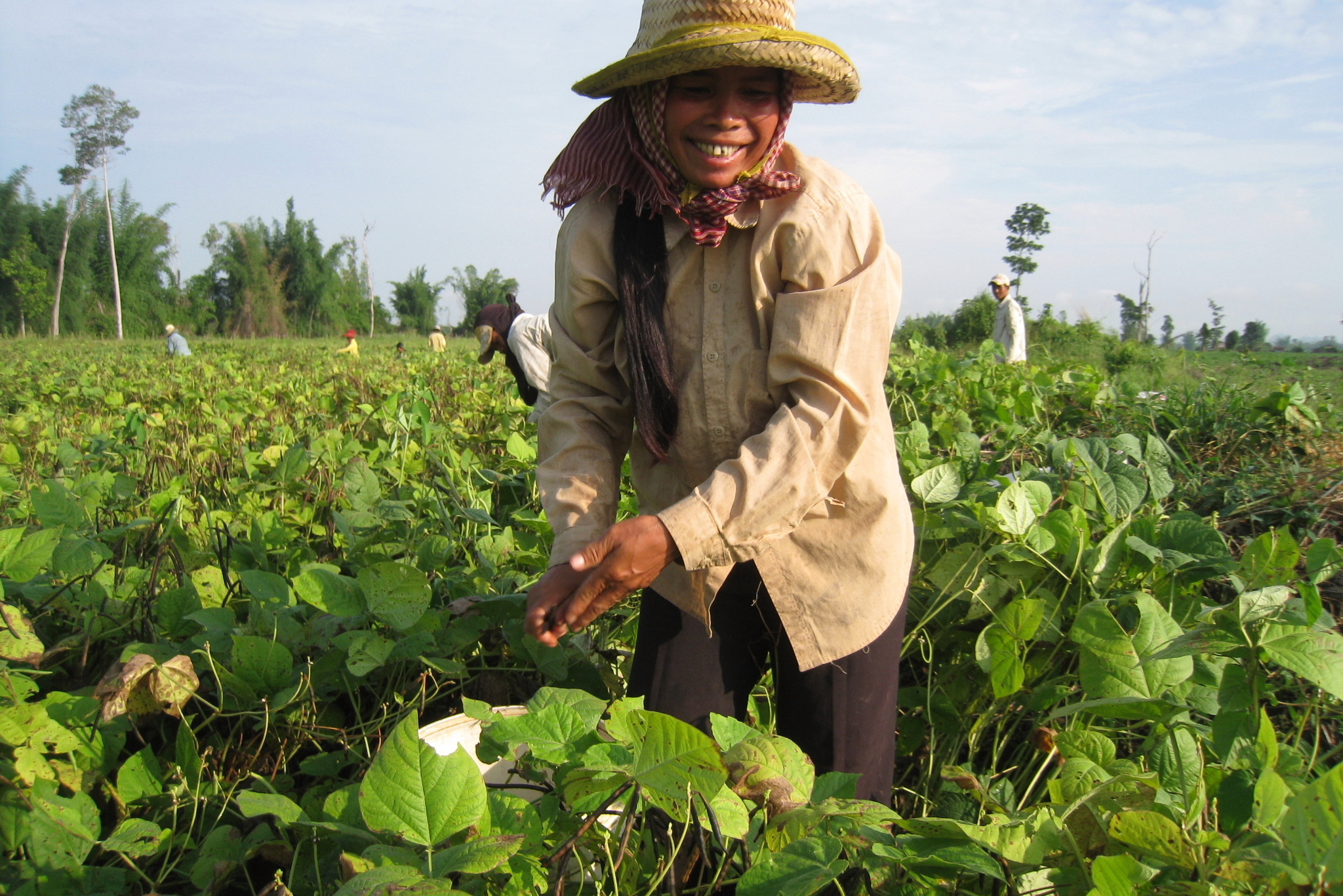 The locals are producing potato-based vodka ("shochu" in Japanese) labeled "Sora Khmer" made of cassava planted at fields where mines were removed.  We are providing technical advices to improve its quality and increase sales.  We are looking at high-quality brewing and hope to see the drink made from the previous minefield becomes a proud of Cambodia and symbol of peace. 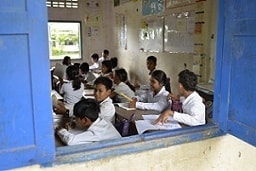 A Japanese language school that Chairman Takayama had been running was recognized as official school named as "IMCCD Japanese Language School" by the Cambodian government in 2014.  About 100 children in the village study Japanese and computers striving to work in Japan in the future. 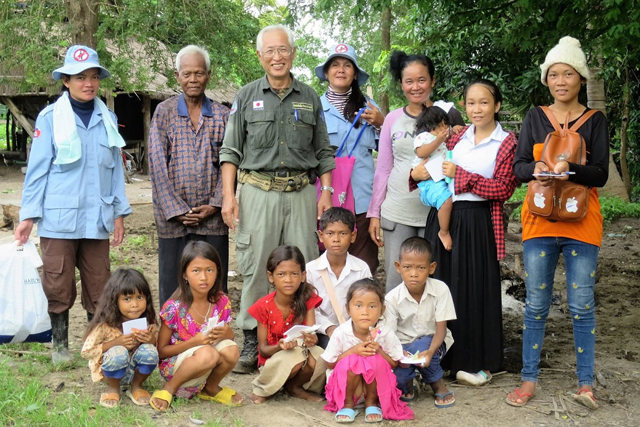 To enhance the public's understanding about the currently situation in Cambodia and our activity, we had about 450 (100 or more per year) of visitors, study tour groups, and interns.  We are providing an opportunity to physically observe mine clearance (or wounds of wars) and to learn the preciousness of peace.
If you are interested in visiting Tasaen, please contact us. 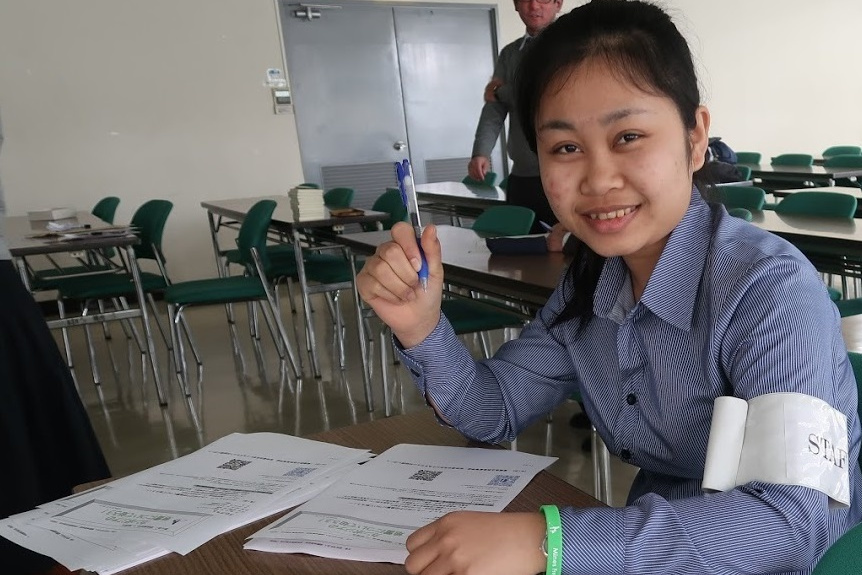 We invited two students in Battambang to Ehime, Japan, and support their school life.  One of them, Risraen, is a sophomore in college.  She regularly introduce about Cambodia at lecture, social event, etc., to bridge Cambodia and Japan. 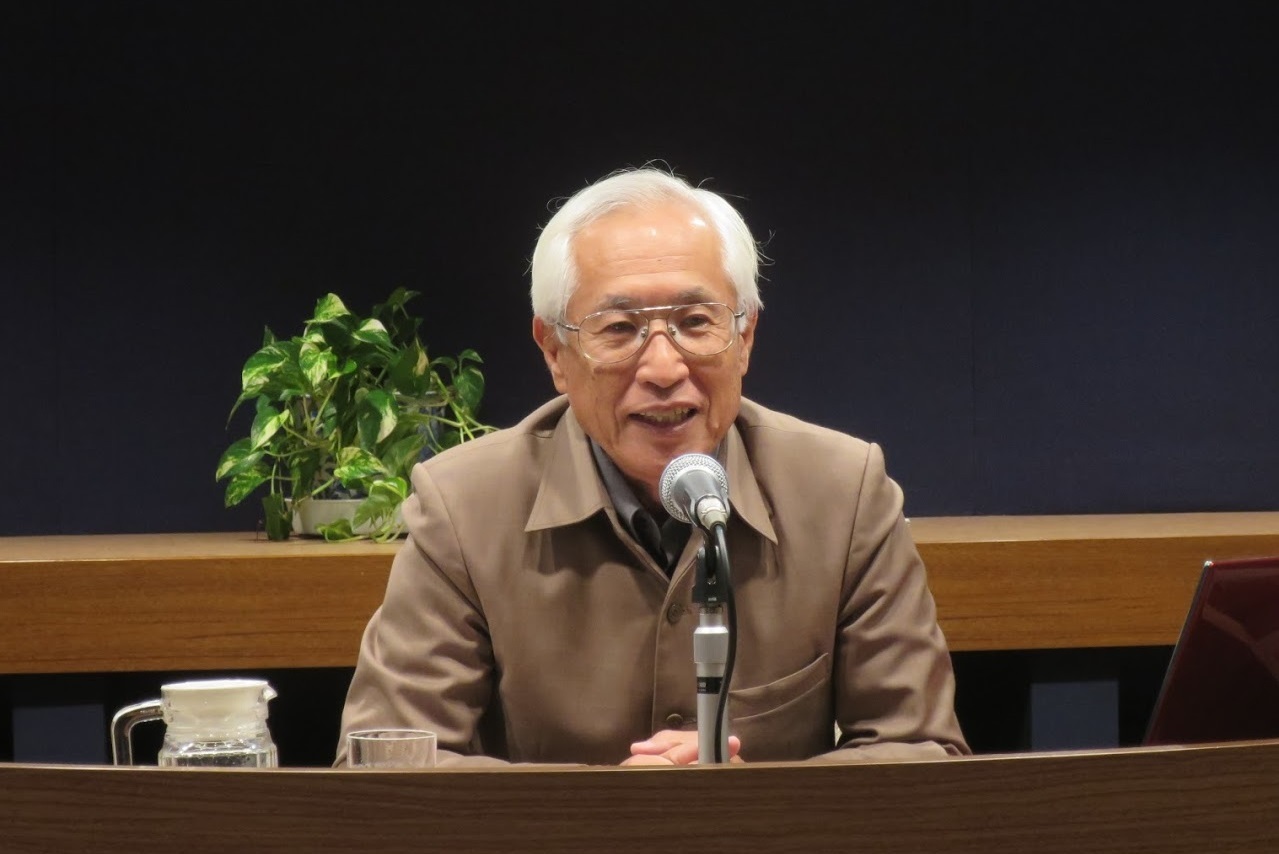 Takayama is giving a speech to all grades (elementary to college) and private organizations (about 30 to 40 speeches annually).  Also, he is an appointed lecturer at Ehime Prefecture Lifelong Learning Center and Matsuyama-city's board of education. 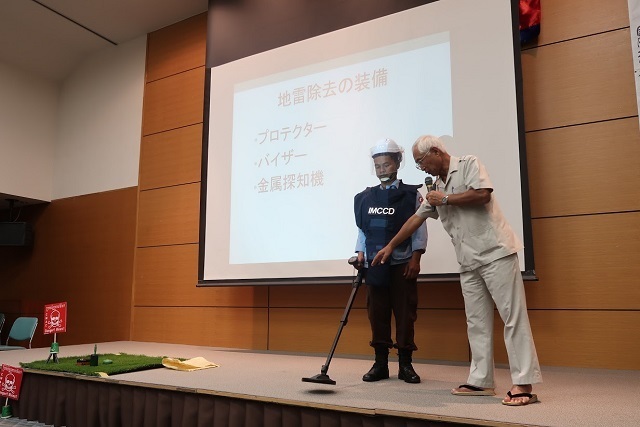 When Takayama returns to Japan, we hold an activity report meeting in Ehime.  In addition to his activity report, we communicate with local staff in Cambodia through Skype and have visitors present about their experience at the site.
See previous activity reports (IMCCD blog)